Start the Conversation
To Do: Get to Know a Muslim 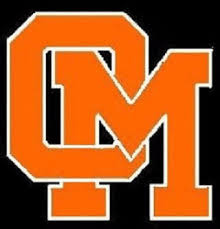 Last Friday, my daughter Rosa participated in an all-day workshop for student leaders, an event held each year at the end of the second term.  About 25 students participated--members of the elected Student Government Association as well as other student leaders from organizations such as Alpha Achievers, Delta Scholars and the National Honor Society.  Rosa said there were even some "random freshmen" in the mix.  The group ended up being pretty representative of the amazing diversity of this high school where no racial or ethnic group has a majority.

The day focused on "cultural proficiency", something that a number of Howard County Public School teachers and staff have been trained in over the past several years.  Ms. Florida, Rosa's SGA Advisor and leader of the day, told the kids that the staff have decided that it is time to involve students in the work that the staff have been doing for several years now.  This wasn't the first time the student leaders at OMHS have been introduced to this material, however.  Two years ago, when Rosa was a freshman and my son Isaac was a senior, this annual leadership training day was also guided the kids through a conversation about race, ethnicity and leadership at the high school.  Both kids thought the conversation was great two years ago, and Rosa said this year it was "even better".

Here's a brief summary of the day as Rosa described it.  The morning began with an ice-breaker:  each person shared a fact about themselves that other people may not be able to guess just by looking at them.  That conversation lay the groundwork for an exercise led by one of the school counselors.  She asked the students to guess some things about her based on their perceptions of her.  Sometimes the students were right, and sometimes they were wrong.  "For example," Rosa said, "we guessed that she came from a middle class family but actually she was raised by a single mom who worked full time.  People thought she listened to country music but actually she likes hip hop."

From there, the discussion moved to the "cultural proficiency continuum", a description of the range of people's response to cultural difference.  On one end, there is "cultural destructiveness" and the other, "cultural proficiency".  The kids provided examples of behavior or interactions they had seen in Oakland Mills and in the wider community that illustrated each step on the continuum.  Later, the conversation continued using the "World Cafe" method of small-group discussion.  Questions included, "What kind of place would you like OM to become?" and "How can we challenge ourselves to take steps to get there?"

The part of the day that made the biggest impact on Rosa came after lunch.  Ms. Florida has asked the principal of OMHS, Dr. Shortridge, how he would like to be involved in the student leadership day.  He responded that one of his favorite things to do is "sitting down and talking with kids", but he doesn't get to do that nearly enough.  So at Ms. Florida's invitation, Dr. Shortridge sat with the kids and had an open, hour-long discussion about what they had learned that day and the things they thought would make the school a better place for every student.

Rosa said, "You could tell that he really does like talking with kids because he was very perceptive and wanted to ask a lot of questions.  He really made an effort to understand what we were saying.  Everyone appreciated that.  It made them more comfortable talking."

Rosa noted that in general, the students were very appreciative that Oakland Mills is so comfortable with its diversity.  No one in the circle had noticed a large amount of racial bullying or comments.  But that doesn't mean they didn't have suggestion for improvement.  They noted that GT and AP classes at the school are more white than other classes, and that leads to less mixed friend groups because people tend to talk with other students in their classes.  The kids also noted that the staff of the high school is significantly less diverse than the student body.  In particular, there are very few African-American men teaching at the school.  A couple African-American students commented that this made it more difficult for them to relate to their teachers or find a faculty member with whom they could confide.

As the day was wrapping us, Ms. Florida asked the group whether they wanted to have more of these kind of conversations--and the students were universally in favor of continuing.  Ms. Florida told the kids that she had already blocked out some days on the calendar to do just that.

Reflecting on the day, Rosa said, "I was impressed by how much other people had to say about these things.  I feel like I learned a lot by listening to other people.  For example, I haven't ever really paid attention to the fact that most of my teachers have been white--and I realize that's because I'm also white.

"Teenagers do talk about racism, but we always talk about it in terms of other people--what other schools are doing or what is happening in some other community.  It is harder for teenagers to talk about their own feelings, especially with each other.  Conversations like the one we had on Friday don't just happen on their own.  But once we get started, we can learn a lot when we hear about the different perspectives we all have."

This is only a preview. Your comment has not yet been posted.

The letters and numbers you entered did not match the image. Please try again.

As a final step before posting your comment, enter the letters and numbers you see in the image below. This prevents automated programs from posting comments.

Having trouble reading this image? View an alternate.

Comments are moderated, and will not appear until the author has approved them.

(Name and email address are required. Email address will not be displayed with the comment.)